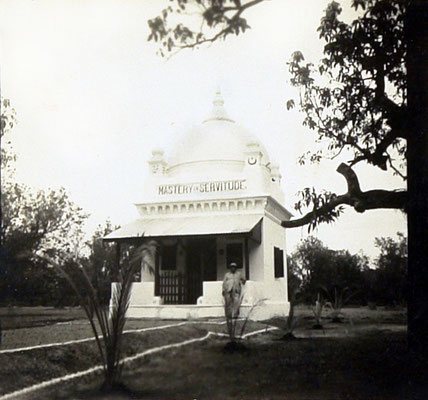 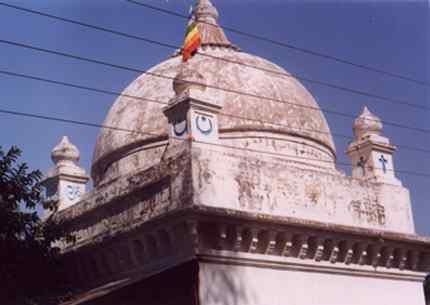 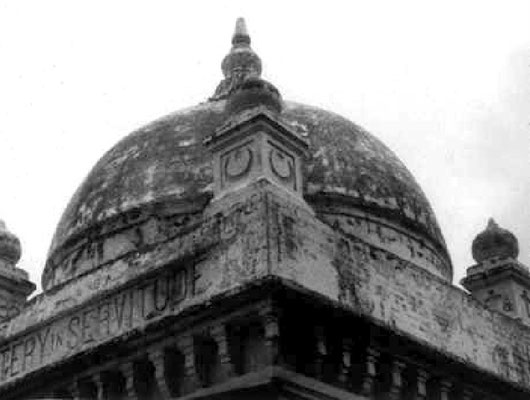 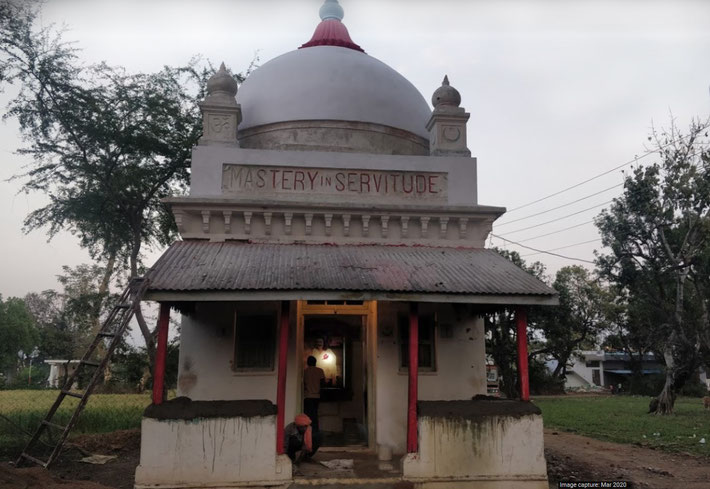 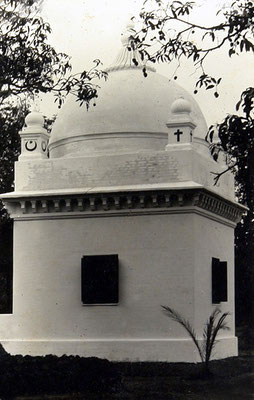 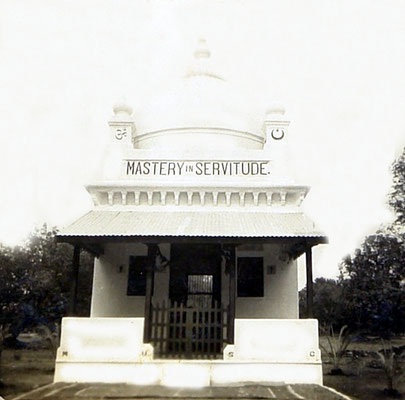 Meher Baba visited Nagpur and Jabalpur in December 1938, where one of the very influential person of Mandla district which was approx 60 miles from Jabalpur city, came seeking for help and blessing of Meher Baba. This person happened to be a politician and also the local MLA (Member of Legislative Assembly) of Mandla .. Baba liked him very much and he felt drawned and devoted to Meher Baba, and as with Baba's grace his problem ceased, he gifted a large piece of land in Mandla in 1939 January, spread out in 37 Acres. After some time when Meher Baba visited Mandla and inspected the property at Mandla, he asked additional 71 acres of land to be purchased which made up the total to 108 acres of land in the name of MS Irani or Meher Baba. Soon Baba expressed a wish to settle down and organize His ashram life and activities at Mandla. Meher Baba got a replica of His Meherabad (Ahmednagar) Samadhi constructed there to the exact measurements of the original Samadhi built earlier in Meherabad. However later Baba decidec not to dewll in this area and left the Strucure abandoned, although he had created a Trust for it's maintenance in 1949. For several years the land was unattended and disputes in Courts were raised by its illegal occupants for grant of permanent lease, and for protection and restoration of the land in Meher Baba's name extensive efforts from Trust office were made. With several years of pursuance Avatar Meher Baba TRUST, with the help of local volunteers, could gain access to the structure which was then occupied by locals and started Meher activities there. Chairman and Trustees of the AMBPPCT have also visit the land and Meher Baba gathering and functions were arranged from time to time. Still there is a greater possibility to restore the area and preserve it since its a exact replica of Meher Baba's original Samadhi, and is constructed under the instructions of Meher Baba himself. Please contact Avatar Meher Baba Trust, Kings Road, Ahmednagar (MS) India 414001, Tel: 0241-2343666 Email: chairman[at]ambppct.org , if you wish to help restoration of the Meher Kuti.